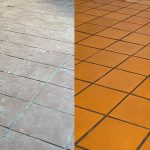 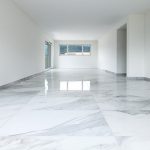 The history of Knowsley

The village of Knowsley developed as a direct result of the Lathom/Stanley family, better known as the Earls of Derby with their vast estate and residence at Knowsley Hall. The manors of Knowsley, Roby, Huyton and Tarbock were all held by the Lathom family before the year 1200. The small local community which by 1900 had only reached 1,325 residents in the main relied upon Knowsley Park directly or indirectly for their livelihood.

A chapel may have existed here in the 12th Century but one certainly existed by 1398 when Thomas del Ryding was Vicar of Huyton. The likely location of this chapel was on Riding Hill within the vast Knowsley Park. For centuries, marriages and funerals of the local inhabitants took place at either nearby Huyton Parish Church or Prescot Parish Church until Knowsley eventually became its own independent parish.

Knowsley Parish Church located on Knowsley Lane was dedicated to St. Mary the Virgin and was built between 1841-1844. The building was consecrated by John Birch, Bishop of Chester on 6th June 1844. The church which cost £20,000 to build, was paid for by the 13th Earl of Derby and since its construction has gained many interesting features to its interior.

In 1871 a memorial chapel to the memory of the 14th Earl was built by public subscription. In the Derby Chapel is an effigy of the 14th Earl, who was born at Knowsley in 1799 and was buried there in 1869.

In 1923, on the north wall of the chancel and sanctuary, a mosaic was constructed, this being a gift of the 17th Earl, in memory of his father. There is also an oak bench that dates from the 17th Century and on the wall facing the north porch is a 16th Century carved wooden ‘Coat of Arms’. Within the church are also some beautiful examples of stained glass windows.

Although three former Earls and their wives are buried in the family vault inside the church, due to flooding, more recent burials of the Stanley family have taken place in the Derby Plot within the churchyard, close to the lychgate. The last Derby burial being that of Edward John Stanley, 18th Earl, who died in 1994.

A little further north of St. Mary’s Church is the village green which in times past included the village maypole, the area being known now as the Knowsley Triangle. Buildings positioned around the triangle are the former girls’ school of 1845 which in recent years was in use as the Millbrook Manor restaurant but is currently being converted to residential use; the Maypole farmhouse which dates from 1727 (once also an inn of that name) and Knowsley Village Hall opened in 1897, a gift of 16th Earl of Derby. On the triangular green itself, stands the impressive Knowsley War Memorial which was erected in 1920 commemorating those connected with the parish who gave their lives during the Great War.

Knowsley Village retains much of its 19th Century charm today with an abundance of typical estate cottages, its former post office building and next door, alms houses which bear a plaque in memory of Frederick Arthur, 16th Earl who died in 1908. The Derby Arms public house in Knowsley Lane bears reference to the Lords of the manor, whilst another public house the Pipe and Gannex in Sugar Lane, was named after the former Prime Minister and Labour Party M.P., the late Harold Wilson. Sugar Lane, was also the location of Knowsley Branch Library which opened in June 1976. Although the library closed in the 1990s, the village is now served by the borough’s mobile library, with the branch library at Stockbridge Village close by.

Knowsley Hall was often on the itinerary of royal visitors and celebrations would often include the tenants and estate workers of Knowsley Park who would be entertained in large marquees set up within the grounds close to the Hall. King George V and Queen Mary visited in 1913; King George VI and Queen Elizabeth in 1938; Princess Margaret in 1950 and Queen Elizabeth II in 1954.

Industry in Knowsley is represented by the southern portion of Knowsley Industrial Park which is split by the A580 East Lancashire Road which runs east-west across the township. The M57 Motorway providing the north-south road link.

In the south of the township is the 360-acre site of Knowsley Safari Park owned by Lord Derby which was opened in 1971 and is Knowsley Borough’s primary tourist attraction providing a chance to see a large variety of wild animals including tigers, lions and elephants at close quarters in their large enclosures.

In 1974, Knowsley township became part of the Metropolitan Borough of Knowsley.

The combined authority has effectively become the top-tier administrative body for the local governance of the city region and the leader of Knowsley Council, along with five other leaders from neighbouring local government districts, take strategic decisions over economic development, transport, employment and skills, tourism, culture, housing and physical infrastructure.

Areas we cover in Knowsley