Cleaning that’s fit for the Queen

Cleaning that’s fit for the Queen, from the best vacuum cleaners, training and products bearing the Royal Warrant and our highest standards, eagle-eyed approach, certified cleaning products and equipment. As we celebrate the Platinum Jubilee this weekend, I thought it would be appropriate to link...

This blog has been written to compare results between Hiring a Rug Doctor V Professional Carpet Cleaner. We were contacted by a lady in Warrington to book in for a carpet and upholstery clean – so we’d had the usual chat, exchanged some images and...

The history of Liverpool

The history of Liverpool can be traced back to 1190 when the place was known as Liuerpul meaning a pool or creek with muddy water, though other origins of the name have been suggested.

Liverpool is a city steeped in maritime history. It’s where the River Mersey meets the Irish Sea after all.

Liverpool played a large role in the transatlantic slave trade which has been remembered and recorded throughout the International Slavery Museum, found today at the Royal Albert Dock. Liverpool was a major slaving port and its ships and merchants dominated the transatlantic slave trade in the second half of the 18th century. The town and its inhabitants derived great civic and personal wealth from the trade which laid foundations for the port’s future growth.

In 1715 the first-ever commercial wet dock was completed in Liverpool on the River Mersey. Originally known as Thomas Steer’s Dock, the dock accommodated up to 100 ships and was originally a tidal basin accessed directly from the river, and by 1737, via Canning Dock.

1846 marks the completion of the architectural triumph, The Albert Dock which changed the way the docks worked in the city forever. Its serene waters stretched the size of three football pitches with 40% of global trade passing through Liverpool’s docks by the beginning of the 19th century. Officially opened on 30th July 1846 by HRH Prince Albert, the dock went onto to play an important role in WW2 and was awarded Grade I listed status, making it the largest single collection of Grade I listed buildings anywhere in the UK. During the 1980s, the Albert Dock was redeveloped to what we know it as today, with the opening of the Merseyside Maritime Museum, The International Slavery Museum and the Border Force’s national museum, Seized. It was also home to the ITV daytime show, This Morning and was officially reopened in 1988 by HRH the Prince of Wales as Tate Liverpool also opened. At just 175 years young, The Dock was given its Royal status in recognition of its role in the city. It’s now known as The Royal Albert Dock.

Over the years Liverpool became wealthy and a number of major buildings were constructed to reflect this. The Congregational Church (now known as The Black-E) was built in 1811 and is now recognised as a Grade II listed building. 1854 saw the construction of the Neoclassical St George’s Hall which contains concert halls, law courts and the priceless Minton tiled floor in the Great Hall that is revealed once a year and 1836 welcomed the opening of Lime Street Station.

Another notable building worth mentioning is 30 James Street. Constructed in the late 19th Century and alongside being formerly known as Albion House, it is also known as being the previous home of the cruise line headquarters, The White Star Line, the registered port of the ill-fated RMS Titanic. Located on the Strand right next to Liverpool’s Pier Head, it’s an unmissable building.

Talking of Pier Head, it was where both The White Star Line and Cunard were based, operating cruise ships all over the world. Many Liverpudlians worked on these ships and their visits to countries all over the world brought many cultural influences to the city especially from places such as the USA and Jamaica. In the late 1860s, many Chinese migrants first arrived in Liverpool as a result of the employment of Chinese seamen by the Blue Funnel Shipping Line, creating strong links between the cities, Shanghai, Hong Kong and Liverpool, mainly importing silk, cotton and tea. This all added to Liverpool’s melting pot of world cultures.

In 1940, Liverpool suffered during WWII as a result of the Blitz, with 80 air raids devastating homes and killing over 2,700 Liverpudlians. One of the most poignant symbols of the Liverpool Blitz is the shell of St Luke’s Church. Known locally as, ‘The Bombed Out Church’, which was hit by an incendiary bomb on 5 May 1941. The church was gutted but reminded to stand strong and is a stark reminder of what the city endured during this time. The Church is now home to a wide collection of local events featuring everything from theatre performances to gigs, markets and pop up restaurants.

After the war, Liverpool struggled due to a decline in manufacturing at the Docks. During those times, music became an escape for the people of Liverpool. In 1960, Liverpool became home to one of the city’s most famous exports, The Beatles. The city became the centre of ‘The Mersey Beat’, thanks to The Cavern Club that opened in 1957.

In July 2004, Liverpool received the UNESCO World Heritage accolade after a bid centred on Liverpool as a Maritime Mercantile City, reflecting the significance of the city as a commercial port at the time of Britain’s greatest global influence.

The World Heritage Site stretches along the waterfront from Royal Albert Dock through to Pier Head, up to Stanley Dock and through the commercial districts, such as Ropewalks to St George’s Hall.

In 2004 the Paradise Street Project began which involved a £920 million investment that led to the opening of Liverpool ONE in 2008.

Liverpool was awarded European Capital of Culture in 2008 and, spearheaded by the Paradise Project, has incurred incredible and unprecedented growth. The 11,000 seat arena and convention centre, the M&S Bank Arena also opened in 2008 on Liverpool’s Waterfront.

In December 2015, Liverpool was honoured with a ‘City of Music’ UNESCO due to the incredible music offering we have as a city.

In 2018 we celebrated 10 years since being awarded European Capital of Culture with a whole year of huge events including the show-stopping Terracotta Warriors, The Liverpool Biennial and the incredible Giant Spectacular!

Liverpool’s turbulent development leaves an illustrious past. The people of Liverpool are strong-willed and determined, hence the growth in independent businesses. They are famously friendly, witty and most of all proud of their city.

The combined authority has effectively become the top-tier administrative body for the local governance of the city region and the leader of Liverpool City Council, along with five other leaders from neighbouring local government districts, take strategic decisions over economic development, transport, employment and skills, tourism, culture, housing and physical infrastructure.

Areas we cover in Liverpool 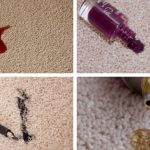